Photogenic hotel with an ambitious restaurant

Blessed with a picture-perfect village setting, this well-established hotel restaurant (nowadays under the Brownsword group) is a light, airy space whose fine dining food – afternoon tea to eight-course tasting menus – makes the most of local and foraged ingredients. It attracted limited feedback last year, but all positive.

Blessed with a picture-perfect village setting, this well-established hotel restaurant (nowadays under the Brownsword group) is a light, airy space whose fine dining food – afternoon tea to eight-course tasting menus – makes the most of local and foraged ingredients. It attracted limited feedback this year, but all positive.

“Set in beautiful grounds and in one of the UK’s most beautiful villages” – locations don’t come more picturebook than this well-known hotel (nowadays in the hands of the Brownsword group), which – on limited feedback – provides an “impeccable all round experience”. Afternoon tea here is also recommended: “croquet on the lawn anyone?”

Have you eaten at The Slaughters Manor House?

The restaurant has the light, clean lines of a contemporary Orangery complemented by crisp, white table linen and the original stonework of the Chapel’s open fireplace. 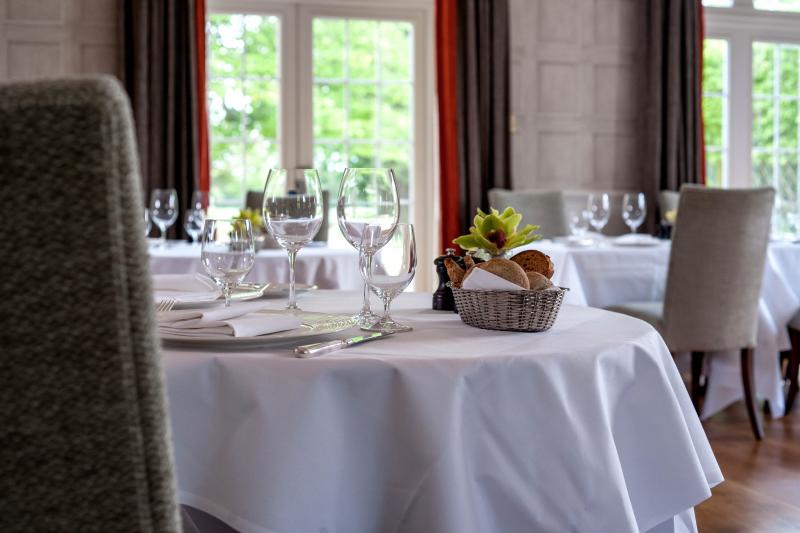 The more creative chefs are often credited with serving up ‘pictures on plates’ but Nik Chappell is better placed than many of his contemporaries as he started out as an artist.

Born and bred in Doncaster, South Yorkshire, he studied fine art at the university of Derby and a career in art was the original plan - until his passion for cooking got the better of him. Whilst working at local pubs, Nik began to fall in love with food and so a career in the kitchen beckoned.

Having previously held Head Chef positions at restaurants including L’Ortolan, Mallory Court and The Tudor Room, Nik has won accolades including four AA rosettes during his time at L’Ortolan and enjoys a reputation for creating exciting and expertly executed fine dining menus.

Make the Manor your own and celebrate in style with your own private dining room and an award-winning team of chefs at your disposal. Gin dinners, tasting menus, wine flights the choice is yours. Treat it as your own private pad in the Cotswolds and host a party to remember.

Menus are tailored to your individual wishes, themes and needs by our talented team and the sophisticated Oxford Room offers an elegant backdrop for any occasion; accommodating up to 22 guests, with views over the Coach House and gardens it offers an intimate atmosphere that's all your own.