All reviews are compiled from survey comments and ratings, without any regard for our own personal opinions, except in cases where restaurants are too new to have been included in the survey. If you want the editors’ view on new restaurants in London you can find them in our Editors’ Review section.
Explore Harden's - The restaurant guide created by you for you
Blog
Shop
About
Contact
Login
RestaurantsWest YorkshireIlkleyLS29

Le Gavroche of the North

March 2020: having contemplated a sale, owners Simon and Rena Gueller (since 2004) are no longer looking for a buyer for The Box Tree.

“Why it lost its Michelin star I do not know, it was as good as ever”, so it’s hard to avoid the conclusion that this Yorkshire institution has been unfairly cursed by the tyre company. Established in 1962, this “intimate and opulent” venue is Yorkshire’s answer to Le Gavroche: “a proper classical restaurant, with all the standards of service, napery, glassware, etc that we’re always being told aren’t important for the dining public these days”. But since the October 2018 demotion by Michelin, change has been been nearly non-stop. The star loss led to the immediate departure of head chef Kieran Smith and appointment of Samira Effa in his stead. Then in April 2019 Michael Carr joined because Samira didn’t last. All the while “despite the upheavals, the Box Tree has sailed serenely on: the chintz still looks out over the hushed rooms, Didier da Costa still presides over a great wine list, and there is still soufflé for dessert”. And practically all reports still attest to its “impeccable”, somewhat classical cuisine and “gentle, low-key hospitality that treats you beautifully”. Hopefully in future, they will just forget Michelin, and continue to do what the place has been doing so well (and it’s rated on that basis).

“You have to like old-style comfort, cuisine and experience” but hitherto there’s been “nowhere better” than Simon and Rena Gueller’s “traditional and cosy” bastion (opened in 1962): “a proper restaurant, doing proper classical food, with proper service and a proper wine list”, which on all accounts has been “on top of its game” of late… so we were all the more flummoxed by Michelin’s decision to remove its star in October 2018! Soon thereafter, chef Kieran Smith parted ways, Simon Gueller said he was returning to the kitchen, and then immediately thereafter that came further news that Gueller had snapped up Samira Effa from Alimentum, when it was announced that the Cambridge restaurant was unexpectedly closing down. Alimentum was known for its cutting edge culinary style, whereas here it’s always been “the absence of dry ice and other fripperies” that folks have loved so much, so whether the contemporary shift such a move presumably entails goes down well remains to be seen. Constants, though, are the “amazingly broad wine list” (“enviable breadth and depth, and if you look hard there are some fair prices in there”), and “one of the most knowledgeable sommeliers around”, Didier da Costa.

£90
££££
5
Exceptional
5
Exceptional
4
Very Good
* Based on a three course dinner, half a bottle of wine, coffee, cover charge, service and VAT.

This “bastion of textbook gastronomy” (opened in 1962 and nowadays run by Simon and Rena Gueller) “continues its stately progress, with classic food (though in a lighter idiom), old-fashioned, besuited service, padded tablecloths, bespoke details, and so on”. “There is a consistency, attention to detail and perfection that few restaurants achieve” and although there is a ‘Menu Gourmand’ “there is no assumption that diners will want the tasting menu: portion sizes are very good and the food quality is sublime” with “flavours that are subtle and balanced but identifiable”. Didier the sommelier is “excellent and knowledgeable too” and the wine list is “very well chosen, not just featuring the most expensive or the most obvious options”. Naturally all this doesn’t come cheap, but “in Yorkshire, we always believe you get what you pay for, and here this totally applies!”

£79
££££
5
Exceptional
4
Very Good
5
Exceptional
* Based on a three course dinner, half a bottle of wine, coffee, cover charge, service and VAT.

“The Box Tree is class, and exudes it from its every pore!”; Simon and Rena Gueller’s “special and quirky” institution is “that very rare thing these days: a posh restaurant (jackets for men, tablecloths for tables, sculpted butter, eau de toilette in the gents, etc.) serving classic food in the French tradition... might one call it the Gavroche of the North?” Results are generally “faultless” – from Lawrence Yates’s “meticulously prepared”, “classic-style cuisine”, to the “amazing and extensive wine list (you could spend some serious money getting into very rare wine here)”, and the “wonderfully relaxed yet civilised ambience”.

Have you eaten at The Box Tree?

An iconic restaurant set in a charming sandstone cottage, with a plush, antique-furnished lounge and two luxurious dining rooms; it celebrated 50 years in 2012. Cooking is refined and skilful, with a classical French base, and dishes are light and delicate. Only the best ingredients are used. 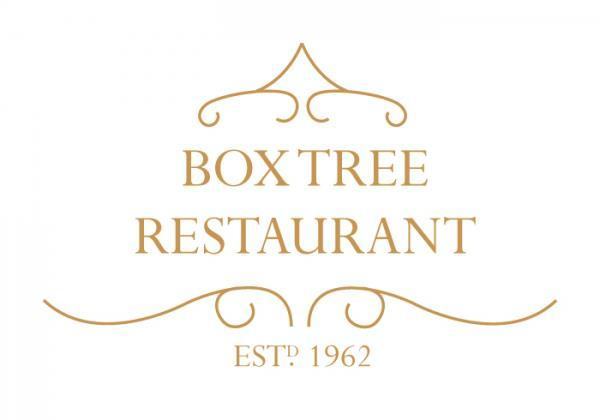 As head chef of three Michelin starred restaurants, the most recent being the box tree in Ilkley, West Yorkshire, Simon has acheived a highly respected reputation for delivering innovate and exceptional standards of cuisine.

In 1995 he then moved on to open Rascasse in Leeds city centre which went on to gain its 1st Michelin star within a year, hosting over 100 covers Rascasse became the largest starred restaurant outside London and its success helped to change the dining scene in Leeds. In addition the pair went on to open the eponymous restaurant in the business quarter of Leeds, a smaller, more intimate fine dining establishment where Simon earned a star for the second time.

In 2004, Simon and his front-of-house wife Rena took over at The Box Tree in Ilkley. The couple managed to revive the once highly established reputation and in 2005 recapture the restaurant’s Michelin star, an award it’s held onto ever since. The couple take great pride in providing a high standard fine dining experience whilst retaining the unique essence and originality of The Box Tree.

When Simon is out of the kitchen you will probably find him out on his bike. With a real love for cycling, Simon has recently completed all 21 stages of the Tour de France cycling alongside the likes of Lance Armstrong and Geoff Thomas raising money for Cure Leukaemia.

WE GO THE EXTRA MILE, AND THEN SOME...

When choosing a restaurant to dine at there are more than just the kitchen's ability to consider, at the Box Tree our front of house team offer you a warm welcome in our intimate bar lounge for drinks and canapés before showing you to your table.

With tables available in the snug, Fire-side, Main or indeed the Private Dining Room, there is something to suit all types of diner whether it be a quiet meal for two or a more lively family occasion or celebration.

The private dining room not only boasts the comfort and luxury you would expect at the Box Tree but also offers you complete privacy and confidentiality. A private lounge is available for pre dinner drinks or like wise after dinner coffees and digestif.

We accept private parties from 10 up to 50 guests and can offer exclusive hire and provide bespoke packages to suit your requirements helping to make your special day a memorable one.

"Consistent and very popular. Don’t understand why it lost the star - just as good as ever"

Dan B
We moved to this lovely Yorkshire Town six ...
Reviewed 11 months, 30 days ago

"We moved to this lovely Yorkshire Town six years ago and away from our favourite restaurant Chez Bruce in Wandsworth. Fortunately we have The Box tree where we dine for every New Year, birthdays and with friends. Food, service and ambience are all excellent at this quirky, cosy fine dining establishment. The staff always excel themselves and the wine list if for once really interesting an great value."