All reviews are compiled from survey comments and ratings, without any regard for our own personal opinions, except in cases where restaurants are too new to have been included in the survey. If you want the editors’ view on new restaurants in London you can find them in our Editors’ Review section.
Explore Harden's - The restaurant guide created by you for you
Blog
Shop
About
Contact
Login
RestaurantsSouth YorkshireSheffieldS11

£65
£££
4
Very Good
5
Exceptional
4
Very Good
* Based on a three course dinner, half a bottle of wine, coffee, cover charge, service and VAT.

“Still one of the best”, Tom Lawson & Alistair Myers’s ambitious, small upstairs dining room, ten minutes from the city-centre (and named for its main architectural features) is a “Sheffield gem” combining “excellent service” with “brilliant” modern British cuisine. “The ‘Experience’ label (used to describe its more elaborate weekend menus) is a tad pretentious”, but that’s the only complaint.

Tom Lawson and Alistair Myers’s “quiet and intimate upstairs dining room in an unlikely neighbourhood” hosts arguably “the top restaurant in Sheffield” and it “goes from strength to strength with new tasting menus: its weekend ‘Experience’ menus may sound a bit naff but they’re excellent” (Experience One is an enhancement of the regular three-course menu, Experience Two is a longer tasting menu). “This is a stunning venue at the top of its game, with stunning, well-thought-out food and service, and staff who know what they’re serving”.

£65
£££
4
Very Good
5
Exceptional
4
Very Good
* Based on a three course dinner, half a bottle of wine, coffee, cover charge, service and VAT.

“Rafters has long been amongst the very best of restaurants in Sheffield and the surrounding area” and so this Nether Green fixture remains thanks to Tom Lawson’s “superb cooking” and the “excellent wine list, with sound advice on the latter” from owner Alistair Myers.

£62
£££
4
Very Good
5
Exceptional
4
Very Good
* Based on a three course dinner, half a bottle of wine, coffee, cover charge, service and VAT.

“In a leafy suburb, set above a shop – hence the name”, this “small, friendly” Ranmoor staple is “still one of the best”, “whether you are there for a romantic meal for two or a big family get-together”. Chef-patron Tom Lawson “continues to innovate” and there’s “knowledgeable wine help from (FOH) Alistair Myers”.

Have you eaten at Rafters?

On the 18th November 2013 we became restaurant owners, fulfilling our shared ambition and the goal that has driven us both since we first joined this fantastic industry.Our vision for Rafters has continuously developed over the last four years, but our main focus has always been to provide the ultimate dining package: Food. Service. Drink.

What started out as a seasonal menu change has soared into the next big step for Rafters; two unique tasting experiences designed to take diners on a culinary journey that encapsulates a nostalgic love of food.Our aim has always been to surpass expectations by producing a memorable dining experience for our customers.

We invite you to be a part of these next steps in our Rafters journey, and to come and enjoy what we and our team love to do; create the ultimate dining experience.

Welcome to the journey. 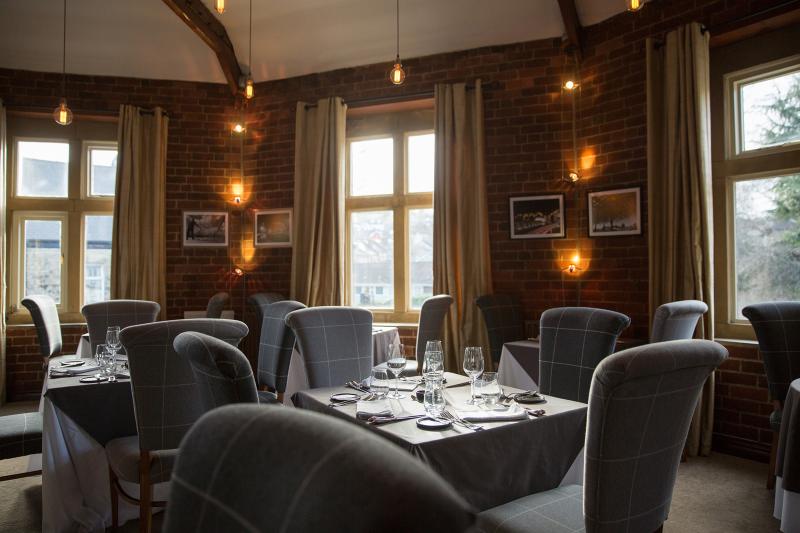 At the age of 15, within an hour of leaving his last GCSE exam, Tom was changed into his chef whites ready to start his first professional chef job. And he’s never looked back.

At Sheffield City College, while studying for his Professional Chefs Diploma, he scooped both ‘Catering Apprentice of the Year’ and ‘Sheffield College Student Chef of the Year’, and helped prepare canapés for 350 people at a Masterchef of Great Britain dinner, going on to become a junior member of the Master Chefs of Great Britain 2010/11.

In 2013, he realised a long held dream to run his own restaurant by taking over the renowned Rafters Restaurant in Sheffield – his home town – where, along with co-owner and long-time friend Alistair Myers, he has retained its two AA rosettes, secured a Michelin listing and three stars in the Good Food Guide.

“I want to make Rafters not just a place people come to when they dine out in Sheffield – but the reason they come to Sheffield in the first place,” he says.

The Connaught Grill is back - here's what's in store