“Wonderful food is amply delivered” at this posh country house hotel, riding high after the arrival of Michael Nizzero in January 2017, and where “a tour of the (“fab”) grounds by the head gardener following a meal makes for a perfect celebration and reason to return”; casual sister restaurant The Pantry is also worth a look.

“Wonderful food is amply delivered” at this posh country house hotel, riding high after the arrival of Michael Nizzero in January 2017, and where “a tour of the (“fab”) grounds by the head gardener following a meal makes for a perfect celebration and reason to return”; casual sister restaurant The Pantry is also worth a look.

“Wonderful food (and the garden provides a lot of it)” is part of the tradition at this upscale country-house hotel, whose ratings have improved this year under new executive chef Michael Nizzero (whose impressive CV includes a stint at the Waterside Inn Bray). Top Tip: “the excellent cheese trolley includes some delicious local examples”.

“The canapés were so good, we decided to try the tasting menu!” – this “very atmospheric” hotel dining room just outside the city provides an excellent all-round experience: “the taste, presentation, service together with excellent wines make for a most enjoyable meal!”

For 31 years we've been curating reviews of the UK's most notable restaurant. In a typical year, diners submit over 50,000 reviews to create the most authoritative restaurant guide in the UK. Each year, the guide is re-written from scratch based on this survey (although for the 2021 edition, reviews are little changed from 2020 as no survey could run for that year).

Have you eaten at The Bath Priory?

At the heart of the hotel is the celebrated 3 AA Rosette restaurant, with magnificent views across the hotel’s award-winning gardens.

The menu offers a memorable culinary journey with a focus on fresh local produce, flavour and balance to create exciting, modern British dishes epitomising the best seasonal dining. Complemented by an exemplary wine cellar and exceptional insight from our Head Sommelier we ensure every detail of your dining experience is perfectly paired. 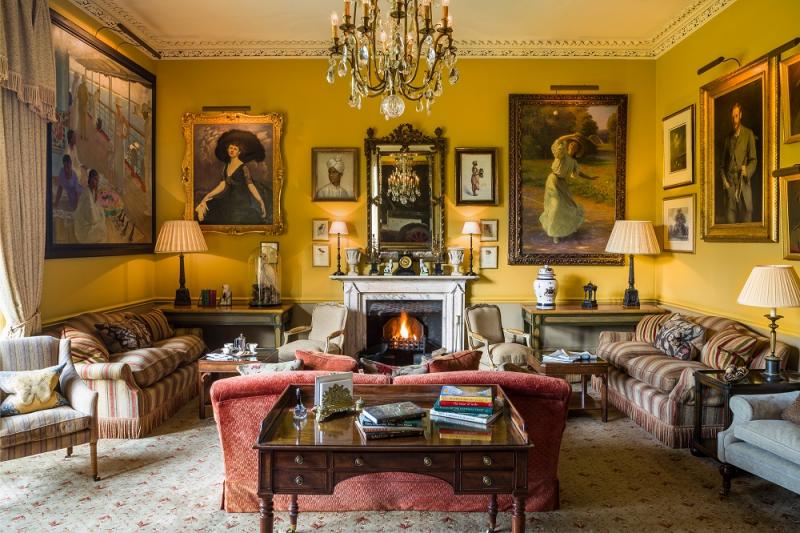 Michael Nizzero took on the Executive Chef position in January 2017, following 14 years of experience working across the UK, Europe, Dubai and his native Belgium, including under Alain Roux at the three Michelin starred Waterside Inn and most recently at The Ritz.

Michael's UK career began in 2002, where he spent two years at the One-O-One Restaurant in Knightsbridge before moving to Dubai to work as Sous Chef at Pisces Restaurant in 2004. Nominated as the best seafood restaurant between 2005 and 2007, Michael rose through the ranks to become Chef de Cuisine by 2007.

Returning to the UK in 2007 to take Senior Sous Chef role at renowned The Waterside Inn in Bray, Berkshire, the only establishment in the UK to have retained three coveted Michelin stars for over 30 years, where he worked alongside Chef Patron, Alain Roux. After four years in Bray, Michael was offered the opportunity to take the helm at Relais & Chateaux property, Hostellerie La Briqueterie where he gained and held a Michelin Star as Executive Chef de Cuisine between 2011 and 2015.

Most recently, Michael returned to London in 2015 to become Premier Sous-Chef at The Ritz working alongside Executive Chef John Williams MBE to achieve a Michelin Star for the restaurant for the first time in its extensive history.

The Bath Priory has a 3 A A Rosette restaurant renowned for its food and service.

Both the hotel's main restaurant and private dining rooms have a typical country house hotel character and atmosphere - an ideal venue for that special, private dining occasion.

Up to 72 guests may be seated at round tables in the interconnecting private dining rooms, The Terrace, The Orangery and The Pavilion. These rooms all face south and are perfectly placed to take in the stunning view of the four acres of beautiful gardens. When reserved individually, these dining rooms offer a wonderfully intimate atmosphere and are ideal for seating up to 24 guests.