£55
££
* Based on a three course dinner, half a bottle of wine, coffee, cover charge, service and VAT.

Small (about 30 covers) Lakeland bar-bistro with a high level of ambition; feedback was too limited for a rating last year – the cooking seems dependable, but if there’s a complaint it’s over portion sizes.

£55
££
* Based on a three course dinner, half a bottle of wine, coffee, cover charge, service and VAT.

Small (about 30 covers) Lakeland bar-bistro with a high level of ambition; feedback was too limited for a rating this year – the cooking seems dependable, but if there’s a complaint it’s over portion sizes.

“We were staying at Sharrow Bay and were told rather sniffily that there was nowhere else decent to eat locally. Well there is!” – This small Lakeland bar-bistro with rooms inspires relatively limited feedback, but fans say its modern-ish fare (there’s also a tasting option) comes “thoroughly recommended”.

This Lakeland bar-bistro with rooms is making a name for itself as one of the better dining options in the locale, and wins praise for its “stunning food and impeccable service”.

For 31 years we've been curating reviews of the UK's most notable restaurant. In a typical year, diners submit over 50,000 reviews to create the most authoritative restaurant guide in the UK. Each year, the guide is re-written from scratch based on this survey (although for the 2021 edition, reviews are little changed from 2020 as no survey could run for that year).

Have you eaten at 1863 Bar Bistro Rooms?

1863 is a Victorian guest house set in the heart of Pooley Bridge, an idyllic Lakeland village on the shores of Ullswater.  Originally the village post office and telephone exchange, 1863 has now been reimagined for the 21st century.

More than a bar, bistro and seven elegant bedrooms, we are a family affair who enjoy getting the little things just right and welcoming guests back time and again to share in a slice of Lakeland paradise.

Come on in, join us for a drink and discover innovative, seasonal cooking served in a friendly and relaxed atmosphere.  Carefully structured menus allow you to savour all three courses while our commitment to quality local food in season means there’s always something new to try. Dinner at 1863 will no doubt generate conversation around the table on the night, but (we hope!) will also give you something to talk about long after you’ve left for the evening. 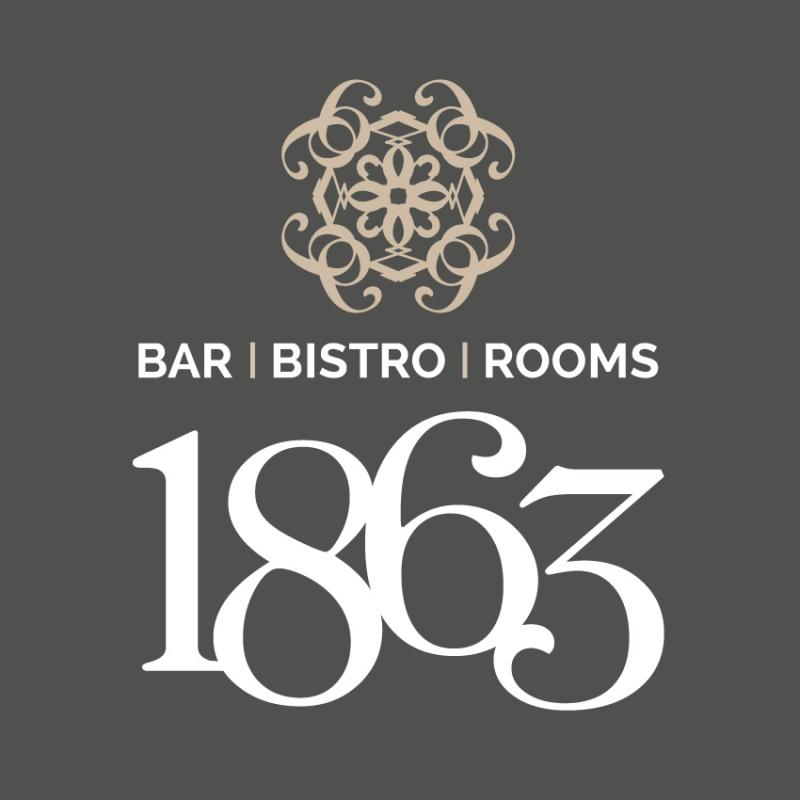 The 1863 Kitchen team is headed up by 25 year old, Phil Corrie. Phil, alumnus of Kendal Collage and part of their prestigious culinary team, trained in advanced kitchen and larder, patisserie and confectionary, and finished his college life by completing a level 3 in restaurant supervision. After leaving Kendal College Phil held the reins at a gastro pub in the Eden Valley before joining us in May 2016.

Today, thanks to a lot of hard work and skill, Phil is joined by Sous Chef, Michael Woods (23) formally Chef de Partie at a local two rosette restaurant, Chef de Partie, Niall Frith (18) who was recently part of a winning duo in the UK Young Seafood Chef of the Year awards. Last but not least, the team is completed by two junior members, Megan Heath and Matthew Harris