The Game Bird at The Stafford London

The “old-world comfort and glamour” of a quiet St James’s hotel dining room provides the setting for “studiedly English food” – “a seasonal mix of classic and modern dishes” including “excellent roast beef from the trolley on Sundays”. “Exceptionally good service” at “discrete tables which feel very private” and “a superb wine list” add to its attractions, particularly for entertaining clients. No surprises, though, that “it’s pricey for what you get”. Top Tip – “a preprandial cocktail in the famous American Bar is highly recommended”.

The “old-world comfort and glamour” of a quiet St James’s hotel dining room provides the setting for “studiedly English food” – “a seasonal mix of classic and modern dishes” including “excellent roast beef from the trolley on Sundays”. “Exceptionally good service” at “discrete tables which feel very private” and “a superb wine list” add to its attractions, particularly for entertaining clients. No surprises, though, that “it’s pricey for what you get”. Top Tip – “a preprandial cocktail in the famous American Bar is highly recommended”.

“A great addition to this hidden gem of a hotel” in St James’s – this “beautiful” dining room affords “lots of space” to diners and inspires nothing but rave reviews (and numerous nominations as a top spot for business entertaining). The “traditional British food with a twist” is “beautifully presented, with bags of taste, and the matching wines are bang on”. Top Tip: as the name hints: “it’s an excellent choice during the game season”.

“Very comfortable, discreet luxury hotel, hidden away in St James’s” that’s always been curiously off the radar from a culinary standpoint. Under chef James Durrant, it’s “light, airy and opulent, marbled dining room around a large bar” was relaunched in 2017 aiming to showcase UK produce, with a particular focus on game, and wins solid support, particularly from business diners, thanks to its “fabulous” cuisine and “professional and dependable” standards. Top Menu Tip – “chicken Kiev with 150g of truffle butter… what more could you want?”

Have you eaten at The Game Bird at The Stafford London?

The Game Bird is a contemporary tale about relaxed, informal dining any time of the day.  A place to eat, drink and socialise, the focus is on modern British comfort cooking executed with style and panache, all wrapped in a seductive ambience that oozes cool sophistication.

The philosophy at The Game Bird is simple – dedicated to following the seasons and supporting local artisans including award-winning family owned farms, Executive Chef, James Durrant has created a ‘theatre of the senses’ menu based on uncomplicated excellence: local, seasonal produce sits alongside time honoured British classics.

Centre of attention are the traditional handcrafted trolleys that overflow with signature dishes that both surprise and delight and include meat & game, own smoked & cured, pies, puddings & stews and a mouth-watering Sunday Roast.

In a setting reminiscent of an exclusive private members club, a heady mix of classic British design captivates and enchants while intimate dining booths whisper seduction against a backdrop of pale blue walls and specially commissioned artwork from some of the country’s leading young British artists.

For those in the know, the chic Champagne Bar is the place to slip away from the outside world and into a glass of chilled Champagne or a martini cocktail before dining in the restaurant. 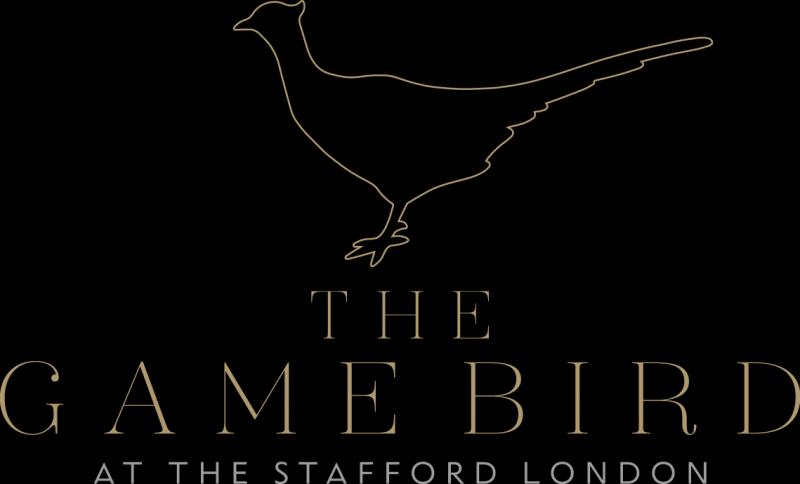 Ben spent his formative career working with Michelin starred chefs such as Jason Atherton and Stephen Terry at various ground breaking London restaurants, learning classical techniques along with inspired culinary innovation. He was most recently the Chef Director of the Salt Yard Group, launching the renowned Soho sites of Dehesa, Opera Tavern and Ember Yard, where he established himself as cooking at the forefront of Spanish/Italian modern tapas scene.

Executive Chef, Jozef Rogulski’s path to The Stafford London has as been by way of Cliveden House Hotel, Tom Kerridge’s The Hand and Flowers and the Roux family’s The Waterside Inn in Bray, so it can be safely assumed that guests will be excited and delighted with his innovative use of the finest ingredients including locally sourced produce from the 16,500-acre family-owned Cowdray Estate set in the heart of the stunning South Downs National Park, West Sussex.

In his former role as Head Chef, Jozef successfully helped launch The Game Bird restaurant in 2017, which has met critical and public acclaim, picking up a number of awards including “Most Civilised Restaurant” at the Tatler Restaurant Awards 2018, as well as shortlist nominations for “Best Newcomer” at the Food & Travel Magazine Reader Awards 2017 and “Restaurant Team of the Year” at the Hotel Cateys 2017.

The Game Bird at The Stafford London Restaurant Diner Reviews

"Are we reviewing restaurant kits? I think we should. Ordered the New Year's Eve box having never ordered a restaurant kit before and was blown away by the experience. Obviously, it hard to rate 'Service' but the kit was beautifully presented and solidly packaged, easy to order and arrived on time and in tip-top condition, with simple clear, well laid out instructions that were fun to prepare. The quality of the ingredients was exceptional with the T-bone being one of the finest pieces of steak I've ever eaten and the portions seriously immense! After the caviar, canapes, crab, and steak we just could face the pudding, which was a delight for another day. The amount supplied could easily have fed three people, no problem. Very impressed all round. "

NEWS
Greek restaurant INO, from founders of OPSO, to launch in West End